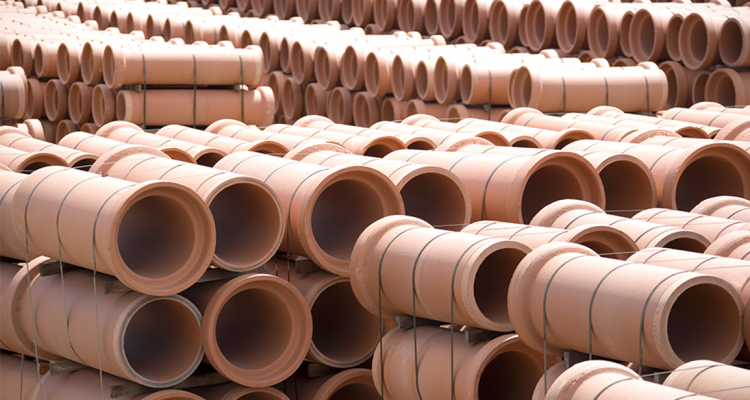 In the sanitary sewage collection mains, vitrified clay pipe (VCP) is a durable conduit that has been used for the longest time. It is the longest-lasting pipe material available. It is made from basic materials such as clay and shale, and it is relatively resistant to the effects of time and abrasive effluents in its manufacturing process. To produce vitrification, high temperatures are applied to clay and shale, which results in the formation of a hard and inert ceramic. VCPE is a recyclable material that is robust and long-lasting. Older than 200 years, several of these pipes are still in use. When subjected to stress, the stiffness of these pipes helps to avoid difficulties such as deflection and flattening. Also, resistant to hydrogen sulphide corrosion, which may quickly damage cast iron and concrete pipes, they are also used in the construction of water treatment plants. Without the use of an extra coating, the vitrification process provides further resistance and protection against the loss of strength and degradation of the metal.

The physical characteristics of VCP pipe Malaysia remain constant throughout time. In the case of vitrified clay pipes, the raw materials utilized in their production are the end products of nature’s weathering forces, which have leached soluble and reactive minerals from rock and soil, leaving behind a non-reactive, inert substance. Consequently, the finished product is resistant to rust, corrosion and erosion. It is also resistant to shrinkage, elongation, bending, oxidation, and degradation, among other things. A pipe made of VCP has a Mohs hardness of 9 and an average compressive strength of 18000 lbs, making it suitable for use in applications involving high jetting pressures and flow rates. 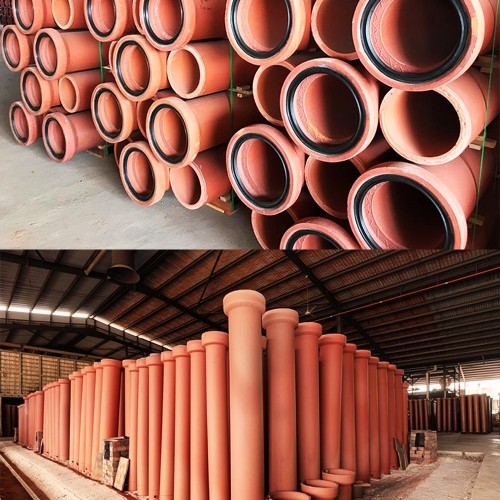 This section describes the manufacturing process for VCP.

The pipe’s inherent strength and load-bearing capabilities are enhanced by the use of specially designed clay and shale blends. VCP is made from clay found in hydrous alumina silicates, which have been treated to high temperatures and have retained their ideal flexibility as well as their vitrification capabilities and their structural stability. In order to achieve the desired particle size, the clay mixture is first pulverized using crushing wheels in massive perforated metal pans before being passed through fine vibrating screens. This material is then combined with water in a pug mill and driven through a vacuum, de-airing chamber to make a smooth, homogeneous mix. The pipe is then formed by extruding the clay under high pressure. Extreme pressure does not cause the formation of voids in the mixture.

After being moved to drying chambers, the pipes will be dried completely. It takes many hours for the kiln to heat up to around 1100 degrees Celsius or 2000 degrees Fahrenheit. In order to accomplish vitrification, the temperature is raised gradually during the initial phase of fire to fix the pipe form. High temperatures are required to develop the ceramic structure of the pipe inside parts. Similarly, pipe cooling is done in a regulated manner in order to avoid damage. In line with ASTM C700 Standard Specification for Vitrified Clay Pipe, Extra Strength, Standard Strength, and Perforated (American Society for Testing and Materials), the pipes are subjected to bearing strength evaluations. The final test for shear stress, deflection, and hydrostatic pressure is performed in accordance with ASTM C425 Standard Practice for Installing Vitrified Clay Pipelines.